top of page
This site was designed with the
.com
website builder. Create your website today.Start Now

I am the youngest of me and my sister and growing up we were very close. I always looked up to her and thought she was just the best thing ever. As we were growing up my sister took care of me. I remember so many times of her fixing my hair, or getting me outta trouble, and even getting into trouble for me. She protected me and was the feisty one that stood up for me on so many occasions. Of course our family wasn't all peaches and roses, our family (like every other family) have had many struggles through the years. But in the end my sister and I are still side by side and support each other in every way that we can.

In high school - like so many - she met her first love! The smile she carried on her was brighter than ever in her life. He was even liked by our Daddy (which is really saying something because like most Daddy's "no man was ever good enough for his girls"). There was no one in school that couldn't see the love they had between each other. And for many they were the talk of the town. They did everything together and he was such a good guy he even included ME in plans with my sister (which is a BIG deal since is was the younger sister and really LOVED annoying my big sister and her friends - but I regress). Of course like so many high school relationships a problem came up and right before graduation their relationship ended. It was actually heart breaking for so many people that had watched their love grow and for me I was at a loss to why I couldn't still keep him.

David and Alicia (aka Sissy) at our Church Homecoming

As years rolled on they went along with their lives, but I knew my sister and I never saw her look at another man the same as she did when she looked at David back then. He had joined the Navy and married/divorced and had 2 children of his own. She was married/divorced and had 2 boys. As years marched on I always wondered if she would ever have that same twinkle again- sometimes I worried that her heart would always be somewhere she was not. I am not sure how many years it was, but I know the boys were in high school and middle school when I went to visit her and as we were sitting on her porch she said she had talked to David. My heart actually skipped a beat when she spoke - because when she said his name a shot went through her eyes and for a brief moment they twinkled once again. It had been so long since I had saw her light up like she did when she spoke his name. They talked for some time and just them once again having the friendship that was lost so many years ago gave her a glow that only a happy heart gives to a woman. I loved seeing her that happy again and as time went on their relationship began to grow once again. When she told me they were going to start seeing each other again I was complete ecstatic for both of them and hoped that if it was really and truly meant to be that they would once again find true love in each other.

When my sister called and told me that David had asked her to marry him I was over the top excited for both of them- I mean REALLY how many times does someone get a second chance at true love? But then she did one even better- she asked ME to be in her wedding and to even create her veil AND take care of her wedding bouquet!! WHAAAAT?!?!? Good gracious- I couldn't contain myself I was so happy. I couldn't believe that she trusted me enough to take care of such important part of her wedding. Everyone from both families pitched in to create a beautiful wedding at his mothers house...and it was perfect! Every flower was hand placed over the arch, his mother made the most beautiful (and delicious) wedding cake. Decorations were hand made by family members and photo albums of their both David and My Sisters lives were created and out for all to enjoy. Of course there were many little things that didn't go like we all planned...like it was suppose to be an outside wedding and the ceremony ended up inside, I don't remember why but I know my sister ended up with no shoes on. Some of the decorations were not up in time, and the butterflies that were suppose to be released did not fly away. No one cared that they said their vows in his mothers house- his mom had it set up beautifully. And her being barefoot actually was a little truer form for her than the fancy shoes (country girls are barefoot quite a bit lol) and the butterflies may not have flown away- but they did flutter around and land on all the guest making some of the best wedding pics.

I have created her many things over the years from wedding decorations, to Halloween decorations and even cremation ash keepsake bead with her beloved cat "Whiskers". But nothing was more special to me than when I created her wedding bouquet bead. I am humbled that she trust me to me preserve some of her most precious memories. And although it is very small I am so happy to still be included in such an amazing love story that has charged on over the decades and includes two of my most favorite people (who by the way deserve every moment of happiness they have together)

Now they have been married for quite a while and it never fails that any time I see them they still look like two teenagers in love. The way they look at each other and treat each other is a true inspiration. I do not know anyone that doesn't want a love like that!!! They are the definition of A True Love Story!

Tell me all about your favorite love story in the comments below!

Congratulations is in order

How it all started...

Thank you for your support 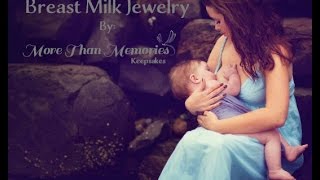 Congratulations is in order